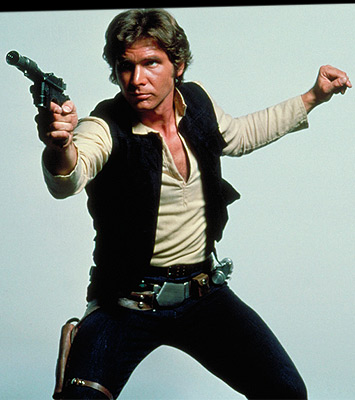 The Star Wars trilogy was not just a great success in the 1980’s, but also a significant improvement in the movie industry. Han Solo’s role was played by Harrison Ford, who is an important character in all parts of the trilogy. He is Luke’s best friend, and he always tries to pull him out of trouble with his famous hairy friend, Chewbacca. Solo’s character immediately became popular, and we could say that it was the big breakthrough in Harrison Ford’s movie career.