Think you’re seeing double? No – you’re not. And, no, we have not yet managed to genetically clone celebrities, just in case you were wondering. We have, however, tracked down the leading celebrity doppelgangers – whose resemblance to the celebrities is so close that it’s guaranteed to make you give them the twice-over.  These lookalikes seem to be separated at birth from their celebrity counterparts and could easily make a fortune working as celebrity impersonators at conferences, events and entertainment venues.  Here’s a run-down of some leading celebrity mirror images! 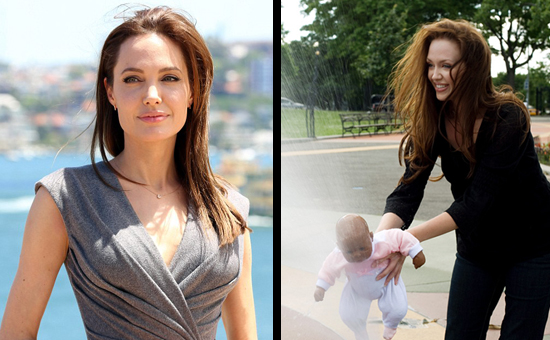 There’s clearly no need to tell you that Tiffany Claus is a professional impersonator, body double and stand-in for American actress and director Angelina Jolie. She might not enjoy the hectic, jet-setting lifestyle of the Academy Award winning actress and humanitarian.  Neither has she been married to Brad Pitt since 2014, with six children in tow.  However, she is clearly just as stunning as the real deal.  And there’s more than meets the eye behind her natural goddess-like beauty as 25 year-old Claus, in addition to being a Jolie impersonator, is also an actress, a model, a classically trained mezzo-soprano vocalist, and a professional oil painter.